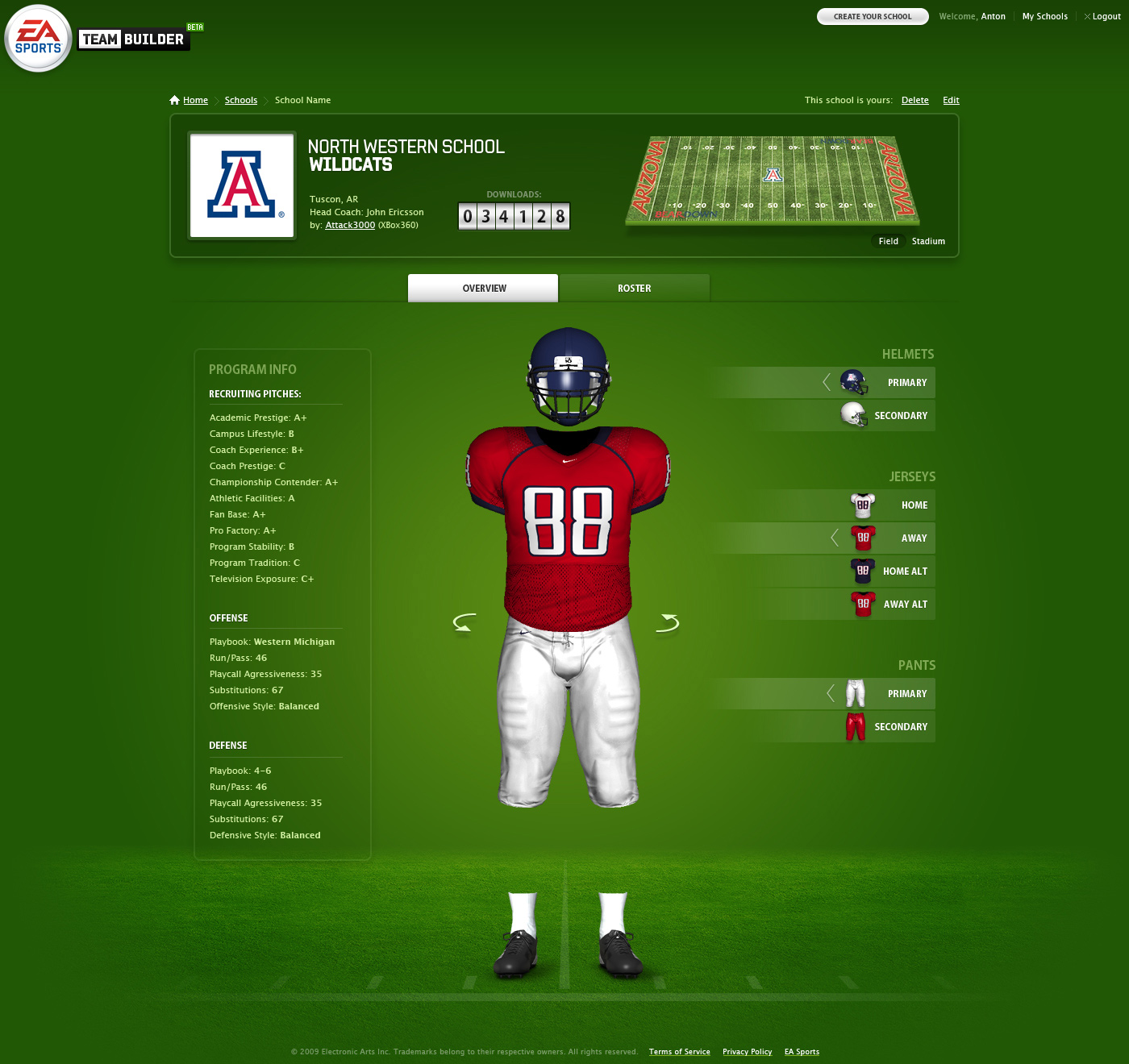 EA Sports came to us with the first draft of tool they had developed that allowed users to create their own college football teams.

Because it was a first draft, it looked more like Excel than something you would see on a gaming console. So we came up with a new top-level concept & decided that all interactions should be as visual & tactile as possible. With tens of thousands of graphic assets, this was a big effort, but in the end we had a really great solution. When editing a player uniform, users would see the uniform in full detail right in front of them.

Clicking any part of it brough up editing options inline, & any changes made were instantly reflected visually. Users could upload their own team logos, & we also included simple editing tools, like automatically removing the background of images.

This is one of my favorite projects because it showed that a complex tool can be made extremely simple, intuitive and playful with the right execution. Getting to that point required a lot of creative problem solving, but it was very much worth it.