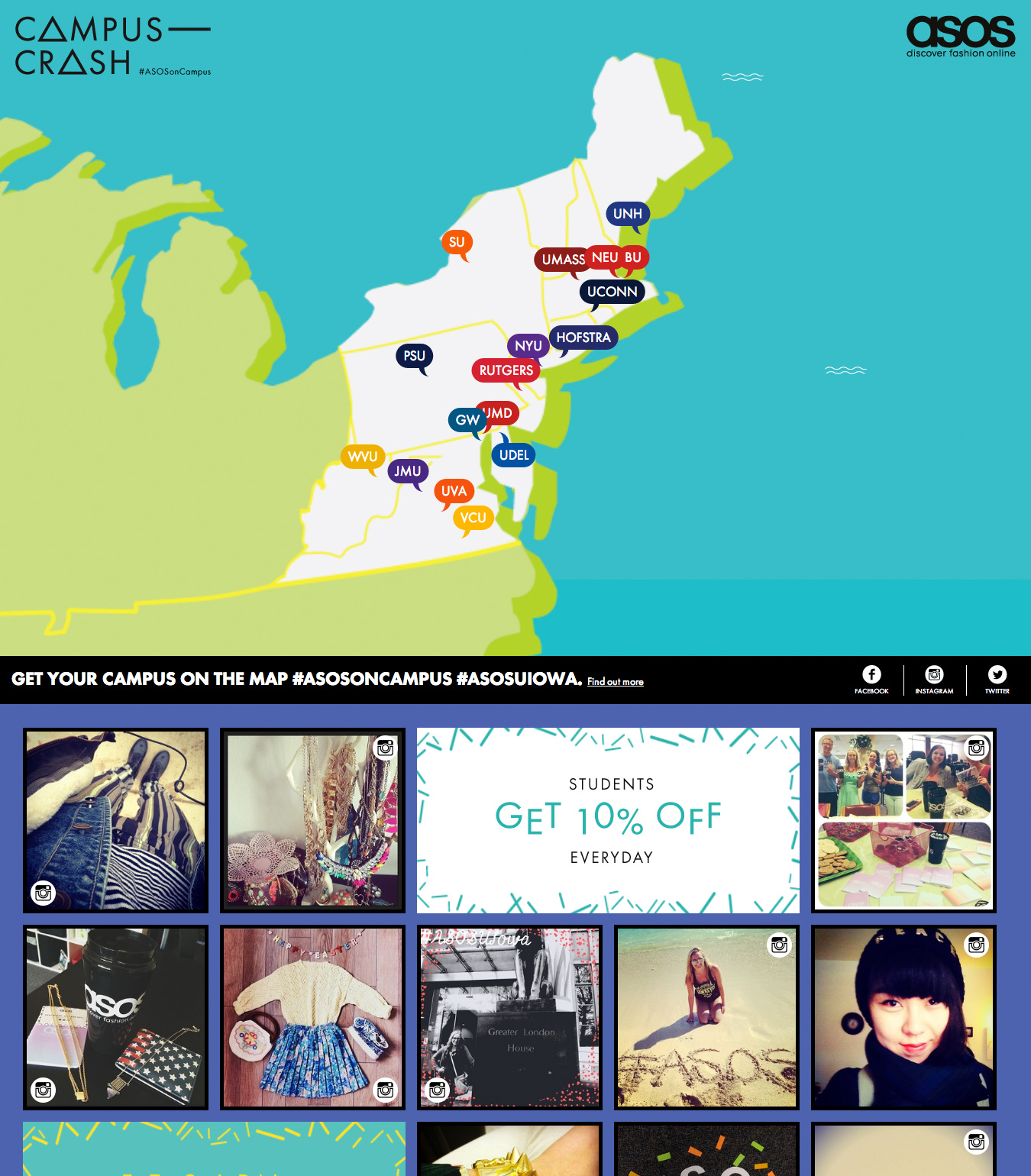 ASOS has a very loyal and passionate user base on college campuses. Those young fans grew up with social media and express themselves and their lifestyles on Twitter, Instagram & Facebook.

To capture all this activity, as well as ASOS' own university ambassador efforts, we build this destination site. Via an interactive map of the US, users can seamlessly zoom in to states or universities. For each location, a grid of social media posts was loaded in real-time. This simple idea of capturing the buzz around ASOS became very fun & lively through many small touches in design and animations. Fully responsive, the site and all interactions are very smooth on phones, tablets and desktops.